Air conditioning and Arizona go hand in hand, except when an owner neglects preventive maintenance for decades.

The new owner of a 240-unit Phoenix apartment complex plagued by unreliable A/C due to persistent HVAC leaks had a big problem on his hands.

All he wanted was a cost-effective replacement of the existing piping system, to code, by early June, which was in less than three months’ time — while maintaining 100% occupancy of a complex with a 2% vacancy rate.

All he needed were three things before the heat of an Arizona summer became excruciating:

Under its previous ownership, preventive maintenance was virtually nonexistent for the 10-building complex’s HVAC infrastructure. The steel system in each building — two chillers that switch to boilers in the winter — dated back to 1976. Leaks had been “remedied” with compression fittings, bicycle inner tubes, and pipe clamps. The fan coils were degraded and clearly failing. A complete repipe from the mechanical room to the fan coil units for all 240 apartments and the laundry facilities were long overdue.

The City of Phoenix had previously received complaints from tenants who had lost patience with the system defects, and fines had been levied upon the preceding owner. Furthermore, in Arizona, owners are responsible for housing tenants in a hotel when the unconditioned temperature exceeds 90 degrees, which comes early in Phoenix, so taking the system completely offline for the recipe wasn’t an option.

This was the situation Alex Ganev and Kelly Babb of Arizona Integrity Plumbing walked into. Arizona Integrity Plumbing, The Repipe Expert™ in multifamily structures with a particular affinity for Corzan® CPVC piping systems, knew that a Schedule 80 Corzan CPVC system was the only solution in a full-occupancy scenario where the old system had to run parallel while the repiping took place. “We had to get these people some A/C and fast,” Babb said. “Traditional pipe joining methods would never work for this type of project.”

Besides installing a complete boiler/ chilled water supply and return system for each unit with 6-inch Schedule 80 Corzan CPVC, the project scope included isolation valves at each fan coil unit for the supply and return, to accommodate and encourage ongoing preventive maintenance in the future. Also included were balancing valves and air relief valves on each rooftop supply and return. 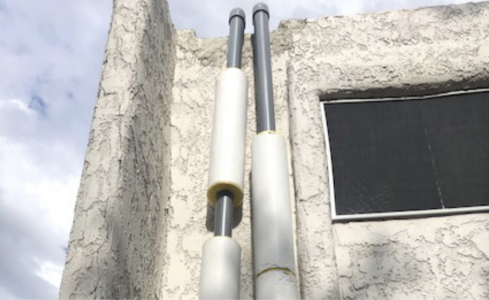 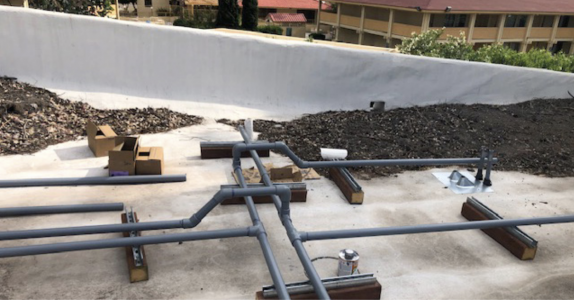 Leveraging the expertise of Integrity Plumbing’s senior techs, test stacks of the two-story structure were created to validate the piping route that could bypass the ceilings.

Using a threaded pipe material would have made the project unfeasible from the standpoint of both time and materials. Knowing full well that in repipes there are always unforeseen factors lurking behind the drywall and in the sections buried underground, the complex was divided into two zones.

The existing system had no isolation valves so the crew had to dry pipe to the fan coils zone by zone, building a valve assembly inside each fan coil unit and expeditiously disconnecting the old copper for an entire zone (120 units) in one day, before they could even think about getting the water turned on to begin the process of providing A/C to each individual unit. Only then could Babb’s cross-trained crews turn over 12-16 apartments per day installing, repairing drywall and getting ready for inspection, using specialty tools to cut pipe onsite in the apartments.

TRAINED AND READY TO GO

The job could not have gone to a better-prepared repiping contractor. Long ago trained and certified as a Corzan CPVC installer by Lubrizol, Babb knew that onsite fabrication of Corzan CPVC pipe required only handheld tools for cutting and preparing the pipe and fittings for the simple solvent cement joining process.

A diligent trainer of his own crews, Babb could reinforce the importance of following the simple Corzan CPVC installation steps every time. He even dedicates one crew specifically to pipe cutting, cleaning, and prepping. That’s because of:

The project was beset by several surprises and obstacles beyond the existing complex logistics, such as: 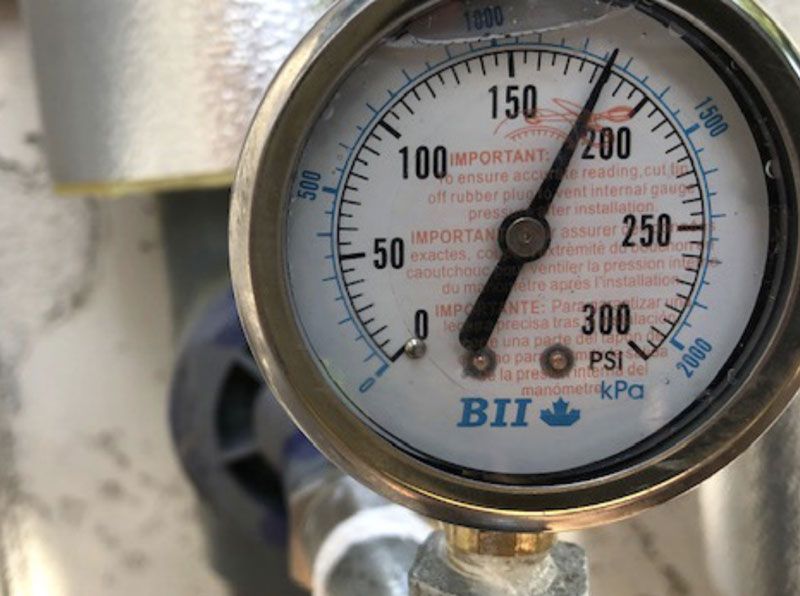 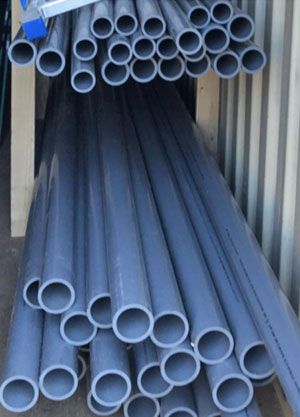 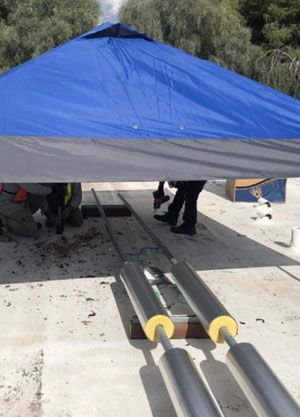 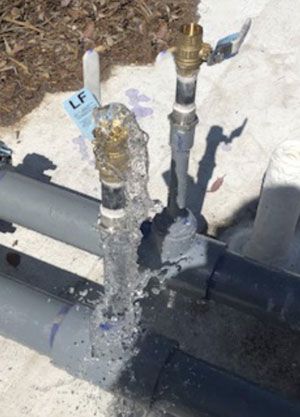 Assuring availability of materials, mitigating the effects of Arizona’s heat, and getting through AHJ inspection helped keep the project on track.

Fortunately, getting through inspection was relatively painless. The Authority Having Jurisdiction (AHJ) was already familiar with Schedule 80 CPVC and made themselves available to Arizona Integrity Plumbing throughout the process. They oversaw hydrostatic testing at the ball valve one building at a time and required visibility into the underground trenching in progress.

Despite achieving the online milestone of June against some steep odds, a project as complicated as this one can go awry quickly without a meaningful supplier support system. For Arizona Integrity Plumbing and their crews, that dedicated support was provided by Lubrizol Piping Systems Consultant and Territory Manager Bob Ard.

In addition to coordinating with Lubrizol’s partner Corzan CPVC piping manufacturer, Ard provided other assistance including:

“The drawings and actual site conditions rarely match in a repipe job, so material usage is a big variable. Bob was so committed to making sure we had the education and support we needed no matter what we were up against,” said Babb.

“He made sure vendors would be available to us on an emergency basis. If he didn’t know the answer to something, he’d find someone who did. Standing by your product like he does is critical to a project’s success.”

“They did a phenomenal job with all of the logistics and heat,” said Ard. As Babb prepares to repipe the complex’s mechanical room itself after air conditioning season, and move on to other multifamily properties for this new owner, this is a partnership that is certain to bear fruit.

The information contained herein is reliable based on current information but the advertiser makes no representations, guarantees or warranties,
express or implied, including any implied warranties of merchantability or fitness for a particular purpose, or regarding the completeness, accuracy,
or timeliness of any information. Always consult your pipe and/or fitting manufacturer for current recommendations.

SCOPE OF PROJECT:
10 Buildings with
240 Apartments

About Us
Service Areas
FAQ
Contact Us
Testimonials
Get Appointment